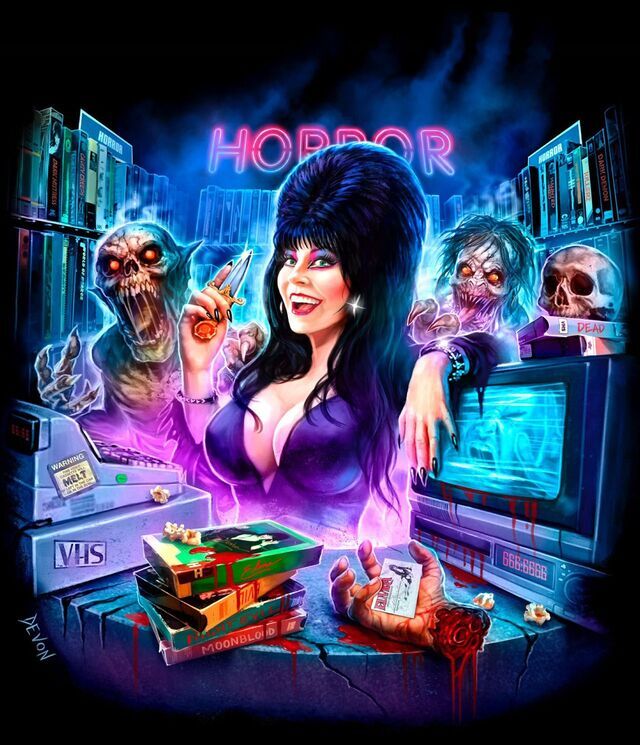 USPS Media Mail: $8.50
USPS Global 1st-Class Mail: $15.00
Ships To:  Worldwide
All orders come with Custom Coverart and Custom Case We ship out every friday . You will receive a tracking # when package is shipped. All orders in US are shipped via Media Mail . If you need your package faster Contact us at time of sale IF YOU HAVE ANY QUESTIONS JUST ASK
0 units sold
No product attributes have been entered for this item.
No warranty info available for this item.
We DO NOT offer any kind of refund, Due to the ease of copying, no refunds will be given. In the event of a "bad" stick/hard drive any defective item will be replaced. However we will replace any defective Digital Archive Sticks/ Hard Drive that you may have. We ask that you try to let us know details that you are having trouble with then we will ship them all at once.

In this Post your getting the Complete Elvira's ThrillerVideo Collection (1985)

ThrillerVideo is a horror home video series that began being released in February 1985 to 1987 by U.S.A. Home Video and International Video Entertainment (I.V.E.).

Released on VHS and Betamax, many of the "films" released by ThrillerVideo were actually episodes of the British TV shows Thriller and Hammer House of Horror. Many of the titles in the series were hosted by TV horror hostess Elvira, Mistress of the Dark, who declined to be associated with slasher movies and films involving animal cruelty, so titles such as Make Them Die Slowly, Seven Doors of Death, and Buried Alive as well as later videos featuring episodes of Thriller were simply released without her. Several of the Thriller episodes included two to three minutes of additional footage that was not seen in the original British broadcasts

Alabama's Ghost
Attack of the Swamp Creature
The Carpathian Eagle
Charlie Boy
Children of the Full Moon
The Cyclops
Dead of Night (1977)
Dracula
Frankenstein
Growing Pains
Guardian of the Abyss
The House That Bled to Death
The Human Duplicators
The Monster Club
NATAS: The Reflection
The Picture of Dorian Gray
Rude Awakening
The Silent Scream
The Strange Case of Dr. Jekyll and Mr. Hyde
The Turn of the Screw (1974)
The Thirteenth Reunion
The Two Faces of Evil
Visitor from the Grave
Witching Time
*******************************