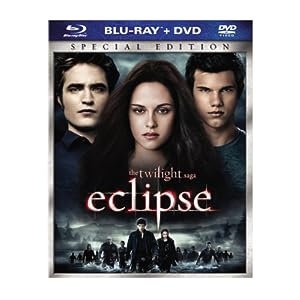 Welcome to Bargain Bound, we are a closeout and discount retailer. We offer new and used quality name brand items at a discount. We have limited quantities in stock on most items so be sure to buy before it's too late.

We carry a large range of items from Sporting Goods, Electronics, Clothing Accessories, Toy and Games and much more. We have been selling online since 1999 and offer % 100 satisfaction and great customer service. Our shipping rates are also very reasonable to insure that you are getting the best value.

If you have any questions you can reach us at
Bargain Bound
Location:
Member Since:

USPS 1st-Class Mail: $4.99
Fedex 2-Day: $14.99
USPS Global ExpressMail: $29.99
Ships To:  Worldwide
Most items ship FedEx or USPS Priority mail for fastest delivery. The method of shipment depends on the item's weight and size. On some items we will offer free shipping or flat rate shipping to the lower 48 US.

We will also ship some items internationally. Shipping to Alaska and Hawaii will be quoted either 1st or 2nd day Air rates.

Please contact us at for shipping quotes or further questions.
1 unit sold
No product attributes have been entered for this item.
No warranty info available for this item.
Return Policy:If an item does not function properly or is different from the description, please contact us, at within 48 hours of receipt and we will make arrangements to exchange. If an item in not available, we will refund your total payment.Exchanges or refunds will not be processed until the original item is returned and inspected.Buyer will be responsible for return shipping. Please return in original packaging, including any accessories and manuals. Non-defective merchandise may be charged a 15% restocking fee.

The third installment of Stephenie Meyer's blockbuster vampire series is its most action packed, both in terms of fight scenes and human-vampire-werewolf lovin'. In Eclipse, the vampiric Cullen clan and the werewolves--their sworn enemies--unite against an army of "newborn" vampires, whose remnants of human blood in their veins makes them stronger and more uncontrollable, causing a string of murders in the Seattle area. They've been created by the vengeful vampire Victoria (Bryce Dallas Howard, taking over for Rachelle Lefevre), still keen on destroying human Bella (Kristen Stewart). Thus, Bella is under careful watch, and her undead love Edward (Robert Pattinson) and werewolf best friend Jacob (Taylor Lautner) spend a lot of time arguing over who is the better man for her. (In one hilarious scene where Bella's freezing and only Jacob has the lupine body heat to warm her, he looks over at Edward and cracks, "I am hotter than you." Go Team Jacob!) But there's more at the heart of the triangle than love: Bella, against Edward's warnings, doesn't want to grow older than him and would willingly give up contact with her parents, the chance to grow old with children, and more to be turned into a bloodthirsty vampire. (Jacob's trump card is that Bella wouldn't have to give up her mortality to be with him.) But the unfolding of this love triangle is even clumsier than it was on the page; you're never really convinced Bella has romantic feelings for Jacob, even during their climactic kiss on top of the mountain. This is likely to confuse non-readers of the book series, as Stewart emotes nothing that intones there's a real competition here (clearly, she's Team Edward).

Pattinson, on the other hand, appears to have overcome his awkwardness to become a much cooler Edward; Howard, while missing Lefevre's mischief as Victoria, brings her own touch of soft-spoken manipulation; and Billy Burke, as Bella's father Charlie, continues to steal every scene he's in. The other Cullens also get far more play here, notably Rosalie (Nikki Reed), whose revealing back story is touching and tragic, and Jasper (Jackson Rathbone), who trains everyone in combat and who, halfway through the movie, adopts a sudden Southern accent that he didn't have before, once it's revealed he was a Confederate soldier (on a side note, it's mentioned in the books that Jasper can calm the emotions of others, but that trait isn't used in the movie). The climactic fight scene is well staged by director David Slade (30 Days of Night, Hard Candy); the violence, while not bloody, is still more abundant and disturbing than in the previous films; and the sex, while not actually happening between anyone (yet), is certainly on everyone's mind (but Edward wants to get married first). It seems the characters, and the series, are growing up. --Ellen A. Kim


Product Description It all begins' with a choice. In the third chapter of Stephenie Meyer's phenomenal Twilight series, Bella Swan is surrounded by danger as Seattle is hit by a string of murders and an evil vampire continues her quest for revenge. In the midst of it all, Bella is forced to choose between her love, Edward Cullen, and her friend, Jacob Black'knowing that her decision may ignite the ageless struggle between vampire and werewolf.